Here is a brief summary of the crime information for the past two months:

Please visit https://www.police.uk/shape/AnxkDj/ for more information including outcomes for these crimes and contact information for your local policing team.

Restrictions on new shared houses across Brighton and Hove have been given the go ahead by councillors.

Members of the Brighton and Hove City Council Tourism, Development and Culture Committee unanimously agreed to introduce an “Article 4” restriction on houses in multiple occupation (HMOs) across the entire city.

Six years ago, in January 2013, the first restrictions were brought in to prevent home owners from using “permitted development rights” to turn their properties into shared houses without planning permission. 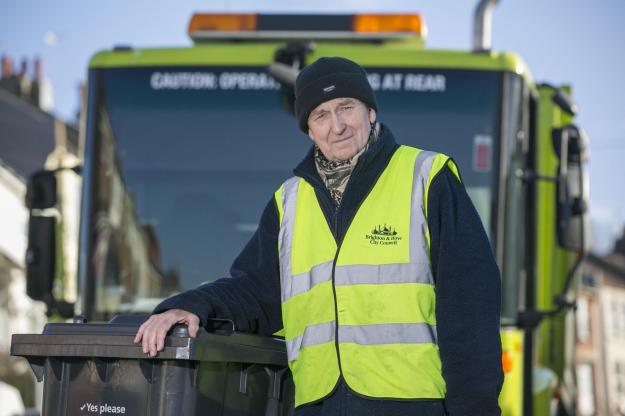 His three-man crew covers a round that stretches from Bear Road to Asda in Hollingbury.

Mr Quantick claims Veolia, the company responsible for disposing of Brighton’s rubbish, has told his crew to tip all their recycling into the household waste facility.

“This means our eight tonnes of recycling a day is going straight into the incinerator at Newhaven,” he said.

He says this is because the company cannot cope with the amount of recycling being taken into the Hollingdean depot.

But Veolia claims it only rejects recycling which has been contaminated.

Mr Quantick said his crew had “a very low contamination rate” and had not had any problems over the past two years.

“The public need to know what is going on.

“Our management at Cityclean seem powerless to do anything.”

Mr Quantick said Veolia had told him and his crew their recycling was contaminated with black bin bags and old recycling boxes, which meant whole loads were being burned.

Pictures from the depot appear to show recycling which contains black bags and recycling boxes.

But Mr Quantick, a council binman for 14 years, said it was routine for his crew to fill black bags with recycling on some streets where steep banks made it difficult to get wheelie bins to the lorries.

He said Veolia only started complaining about this on Thursday.

“We have been using this system all year,” he said.

He also said some people threw their old black recycling boxes into the big communal recycling bins – which dustmen have no way of checking until they empty the lorries.

He said the real reason was that Veolia could not cope with the amount of recycling.

“They are overwhelmed,” he said.

“It’s a mountain. They can’t clear it quickly enough. They are using this as an excuse. It’s absolutely disgusting.

“I don’t know what the public is going to think when they find out their recycling is being burned.”

Veolia said: “We are a recycling company and we recycle viable material.

“All recycled material that is collected is assessed for levels of contamination when presented at our materials recovery facility in Hollingdean.

“Loads might be rejected if it is deemed to contain too high levels of contamination – this is to protect the quality of our end recycled product and ensure the best environmental performance.

“There is no reason, and it would not make any sense, for us to reject recyclables.”

The council said: “We know there is an issue concerning contamination at the Veolia site.

“We will be speaking to Veolia and the drivers about the situation during our investigation.”